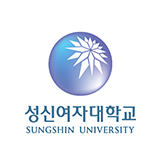 Be sincere and faithful 성신

Be sincere and faithful, Strive for new knowledge, Act independently

Description of the Educational Philosophy

The school name of Sungshin ('誠信') was generated at the time when school foundation was established and its etymological origin lies in the phrase of "身致其誠信" from Liji((Rites Records). Founder, Woonjung, Dr. Lee Suk-jong thought that if there is faith outside and sincere inside, one can achieve anything. Therefore, she adopted Sungshin not only as the school name but also as the educational philosophy. Furthermore, she believed that by integrating sincerity and faithfulness organically with new knowledge and acting independently, students could reform them as a female professionals equipped with wisdom, ability, and perfect personality.

The future-oriented educational philosophy of Sungshin grounded on the belief that the future of our nation will be brightened if there are more people who are sincere, faithful, strive for new knowledge, and act independently, so that they can live without asking for others' power.
Donam Sujung Campus: 2, 34 da-gil, Bomun-ro, Seongbuk-gu, Seoul (02844) Tel. +82-920-7114 | Mia Woonjung Green Campus: 55, 76 ga-gil, Dobong-ro, Gangbuk-gu, Seoul (01133) Tel. +82 2-920-7870
COPYRIGHT©2019 SUNGSHIN WOMEN'S UNIVERSITY. ALL RIGHTS RESERVED.